This trip was the outdoor portion of the Introduction to Backcountry Skiing course led by Martin Hofmann and Josh Slatkoff.

The first day began with the 17 of us gathering outside the Vancouver Island Mountain Centre around 9 am. It was a cold windy morning, with light snow falling, and feelings of excitement (albeit subdued) were in the air. After a brief meet-and-greet, with housekeeping items taken care of, we reviewed the avalanche forecast and objectives of the day. Gary Croome volunteered to check our beacons before we split into two groups to make travel and group management easier.

Snow on the ground was nice and soft as Mt. Washington had been receiving quite the dump of snow in the week prior. We avoided the Nordic trail as much as we could, and skinned up to the NW ridge of the mountain through trees. As our group was diverse in age, fitness level, and touring experience, we took a few short breaks along the way to gauge how everyone was doing and feeling. Martin and Josh showed us how to set an up-track and do kick turns. Each of us had a chance to learn how to lead, and to evaluate and choose micro terrain. Our path took us to a stretch of a rather steep section that eventually led to a flat open glade where we stopped for lunch. There were many cute fluffy gray jays around, all heckling us to snitch our foods.

After lunch, we continued touring for about 45 mins. or so until we reached our “summit” which was just on the other side of Boomerang. We took our skins off, and skied down the mountain in pairs, regrouping halfway on the cat track. Some of us found skiing in and out of the trees more challenging than anticipated, and decided to ski down the groomed run. We all survived, unharmed, and made it back at the parking lot around 4pm.

On Sunday, the sun was out, and temperature was warmer, even though the wind made it feel the opposite. Our group (now 13 people) gathered and had a briefing outside the Strathcona Park Wilderness Centre. Josh made sure that everyone was on the same page about the weather and avalanche forecast, and objectives of the day. After Martin checked our beacons, we set out on the Paradise Meadows trail towards Mt. Elma with an approach via Battleship Lake. It was a rather busy day, and we crossed paths with many groups of snowshoers and backcountry skiers.

Crossing the lake was enough to burn all the calories from our first breakfast. So, we stopped to have our second one shortly after we went into the trees. There weren’t as many gray jays but, still, some of them managed to steal Catrin Brown’s snack. From here on, the ascent was quite steep which gave us great opportunities to finesse our kick-turns, and learn how to use our skins more effectively. We also had to keep an eye on tree bombs, always ready to duck and cover. Reaching the treeline, we felt our effort was paid off. The sky was clear blue, and we couldn’t resist taking quick stops to soak up the views, and snap photos. By the time we summited, it was already past noon. We enjoyed our lunch with the sun keeping us warm (temperature reading was -0.5°C).

Descending from Mt. Elma, we skied back into the old growth towards Lake Helen McKenzie. The snow was still nice, although had become somewhat heavy. The strongest skiers amongst us jumped gracefully like ibexes, and moved effortlessly between the trees. The novices, on the other hand, were more apprehensive, making a few short turns at a time. Falling and faceplanting were inevitable, but we were all smiles and laughing even with our faces full of snow. At some point before we reached the lake, we put the skins back on our skis as terrain condition became more variable.

Crossing Lake Helen McKenzie felt like forever, and for some of us, it was a test of endurance. Our group was stretched apart, with the fittest and/or tallest a long way ahead. Catrin and Martin kindly offered to sweep, keeping the least fit company, and making sure they stay on course. We eventually regrouped, and after a short break, we went into the trees again. Snow condition was crusty throughout so we were glad to have decided to keep the skins on. In less than an hour later, we arrived at the Strathcona Park Wilderness Centre; tired and happy. 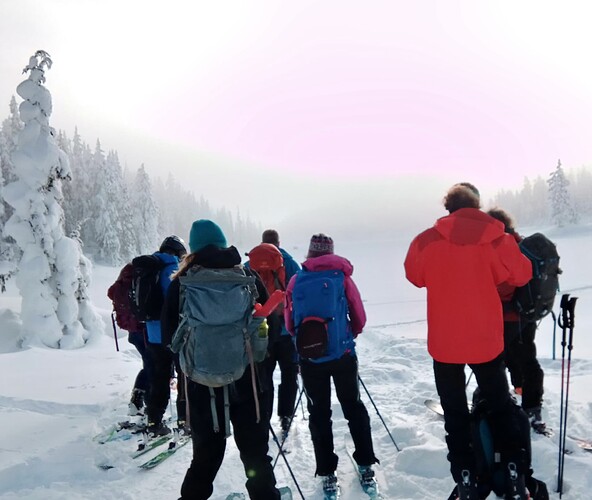 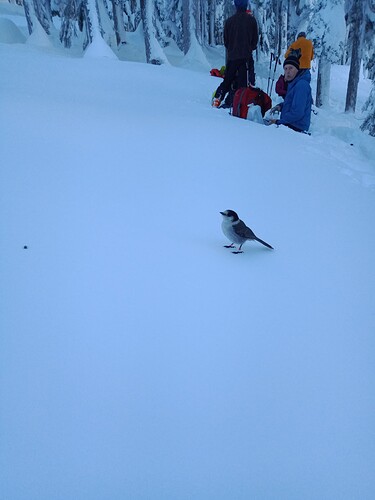 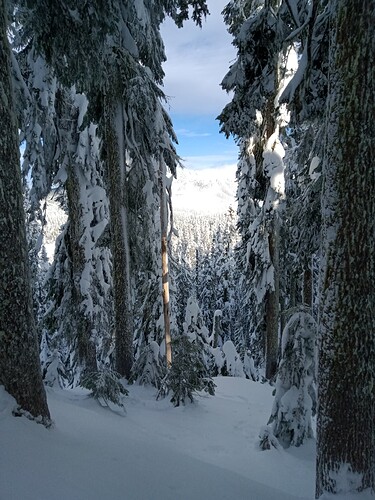 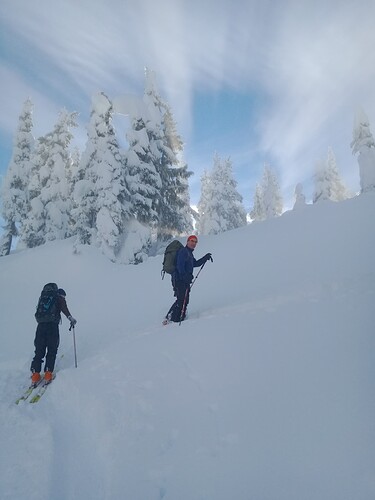 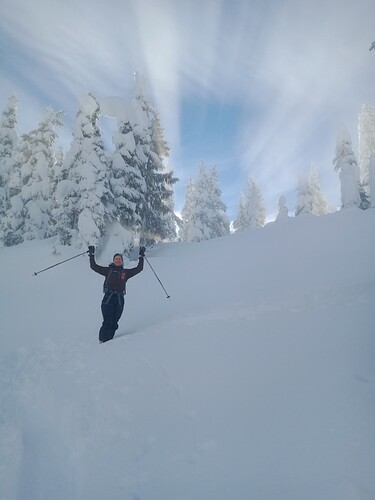 Thanks for doing the writeup! I’m happy to take photos all day long but writing isn’t really one of my strengths. 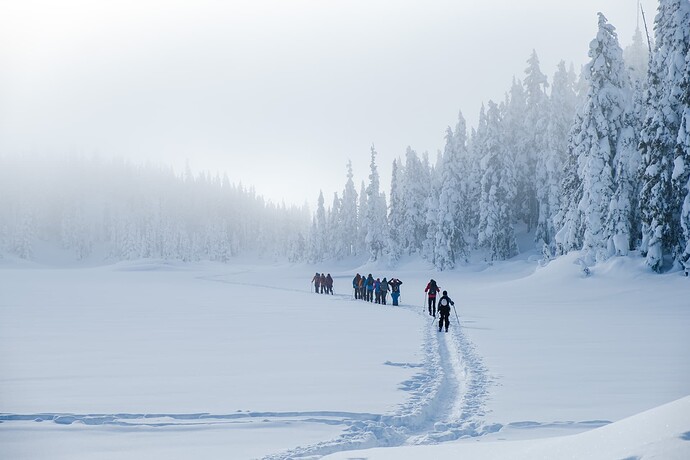 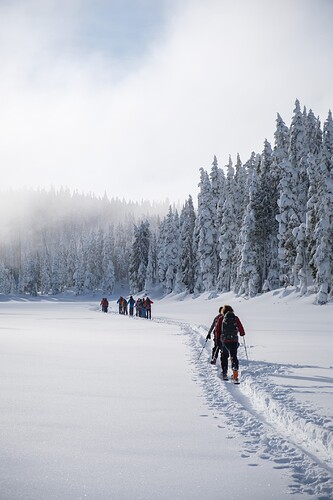 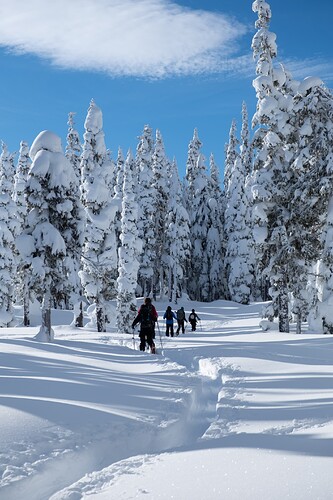 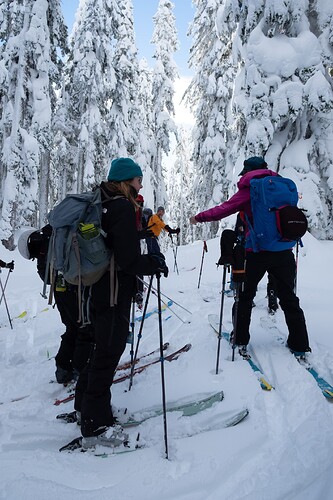 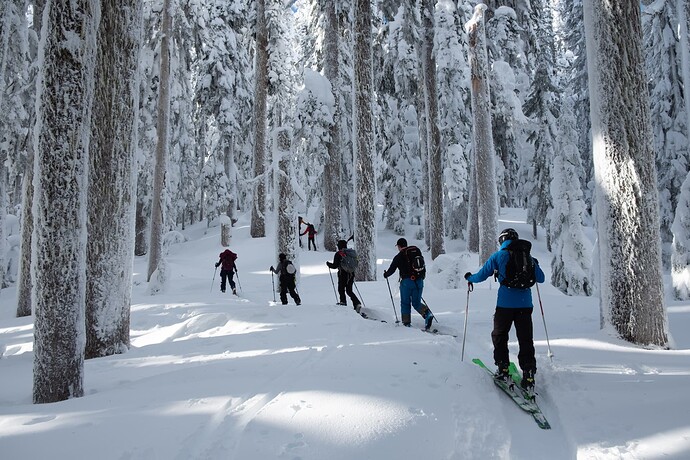 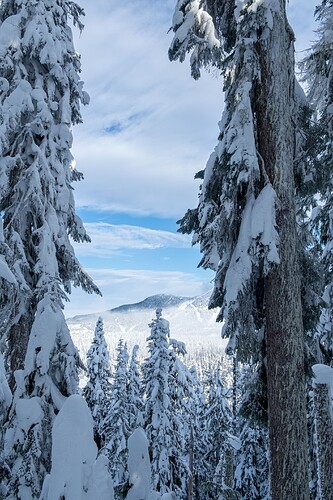 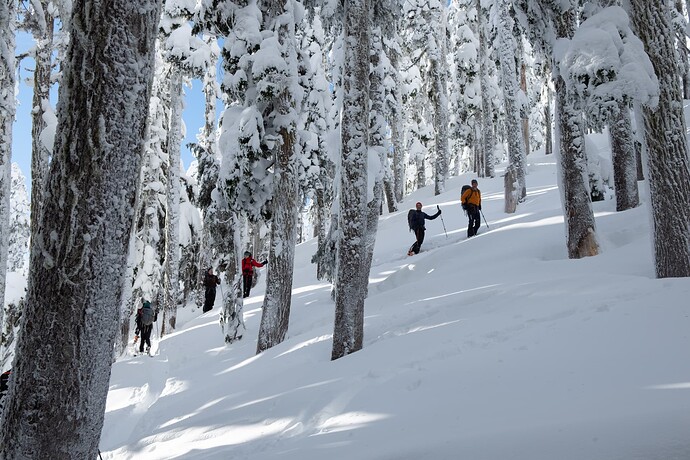 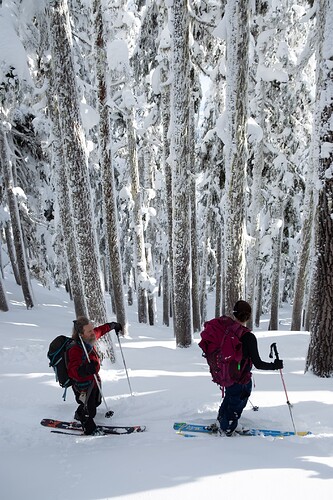 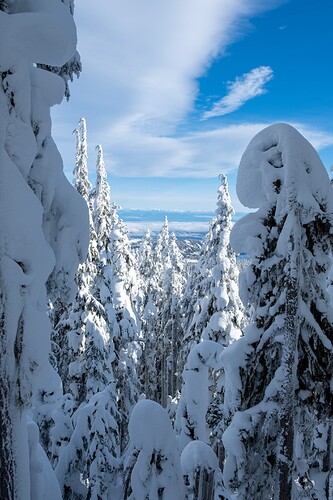 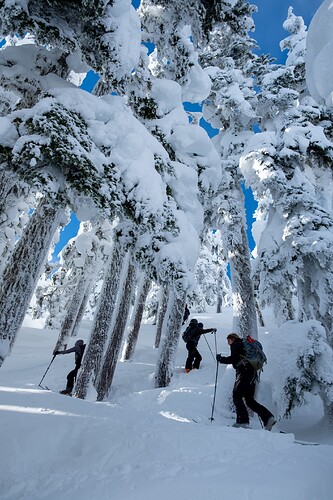 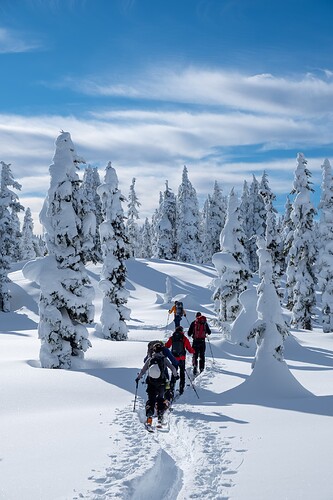 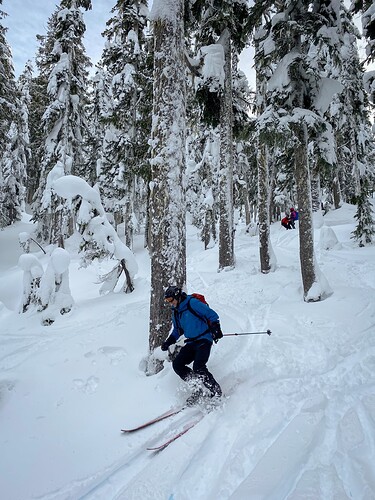 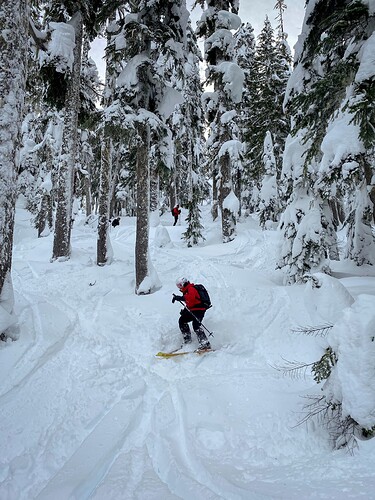 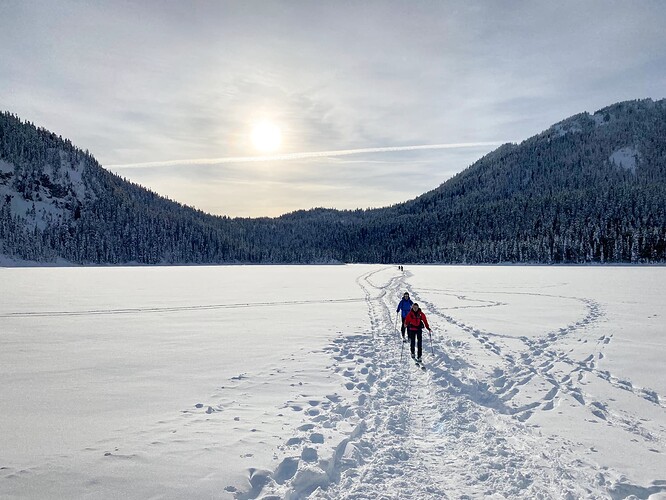 Thank you both Agustina and Chris - nice report and photos of a great weekend with a great group. Adding one more image from Elma summit.

I hope you all have lots of chances to enjoy the back-country over the next few months. The ski-hill and lifts can’t compete with this!
Catrin 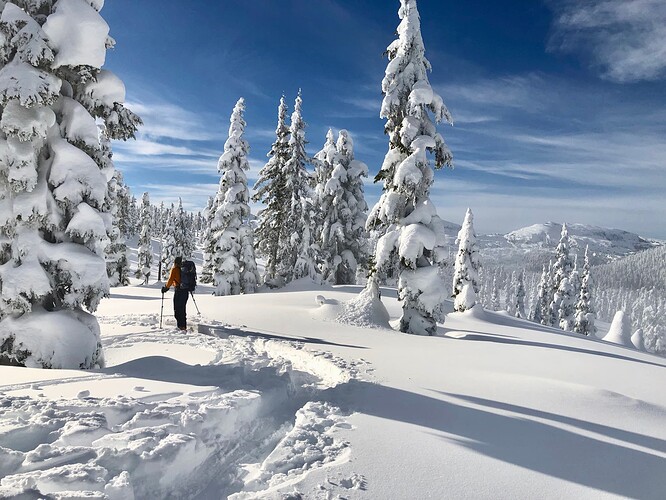