Led by Rachel Treloar, our group of seven left the foggy Sooke Hills Wilderness Parking lot at 9am. We stopped a couple of times along the Veitch Carriageway to admire patches of hair ice (a fungus).

After warming up along the Secret Trail (now named Shepherd Creek Trail), Mike challenged everyone to a race up the Hammer. Dave left the rest of us in the dust (frosty slopes) to win the race, although elk scat distracted several members along the way! While we had tea above the clouds, Dave and Mike scaled an arbutus tree. 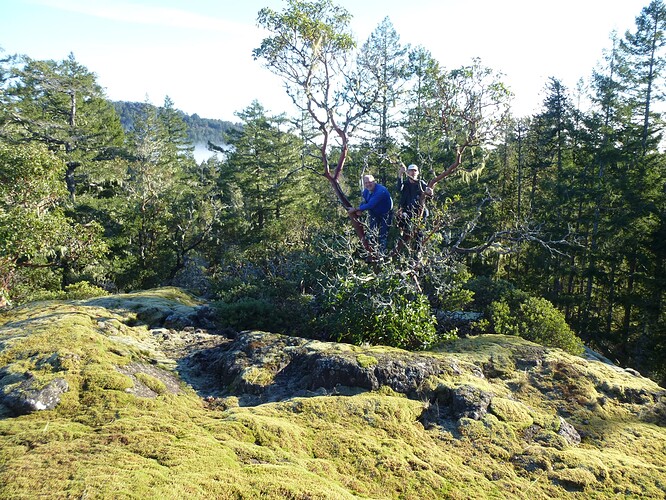 Next stop was Ragged Mountain. We encountered poor trail conditions along the Ayum Creek Trail (trees down and flattened salal) due to the recent snow, some of which remained alongside the trail after more than two weeks.

We lunched at the second ridge in blazing sun, enjoying the late January warmth as we gazed in awe at suspended fog islands emerging amidst a sea of fog. Mount Baker and Mount Olympus were visible in all their glory—a photographer’s dream. On we went to the comparatively viewless summit, and then downhill on the northern route. 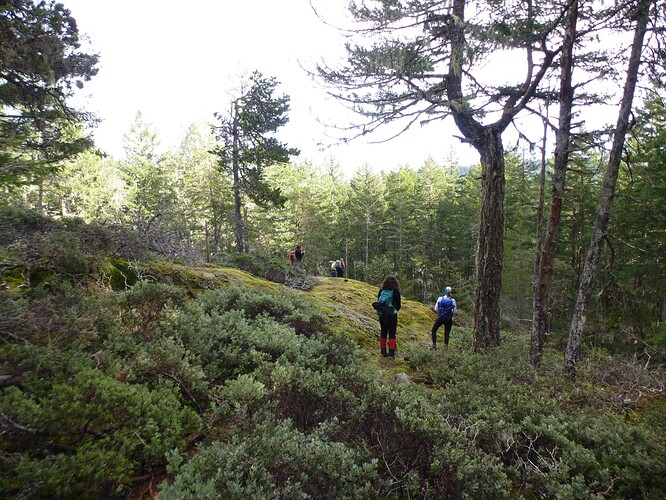 Once on the Cory Connector, we discussed popping up Pinnacle Peak but decided to call it a day and save it for another time. We headed back along the John Hassell and Veitch Creek Trails. On arriving back at the parking lot at 3:30pm we consulted gps tracks and concluded that we had hiked about 18km.

Nicely done Rachel, thanks for this. I’m surprised it was cold and dry enough for the Hair Ice, what a find. That was quite the inversion at the weekend!