Ably led by Shawn, five of us set out around 9:30am from the old ski hill parking lot, three of us having left Victoria around 6am, and Shawn having stayed in his truck/cabin. The day was slightly foggy with a hazy sun low on the horizon. The steady slog up the unpleasantly steep first few slopes woke us up and got the heart beating, and we then relaxed into the gentle rolling hills of the meadow at the entrance to Strathcona. 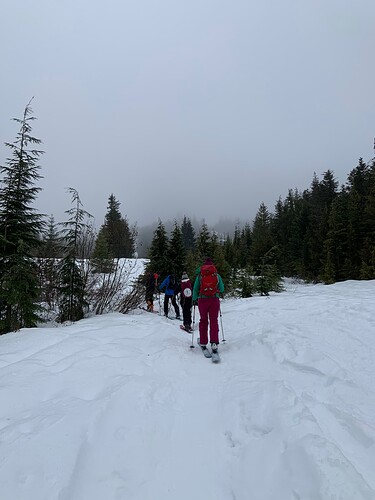 After that we tackled the remaining steep pitches with aplomb, fairly impressive for the first tour of the season for most of us. Fortunately no one had stayed up late for New Year’s the night before, alpinists preferring to get their kicks early and cold. 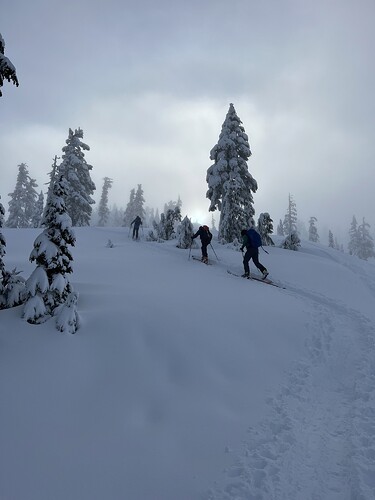 The summit loomed out of the fog as we made our way up beside a host of snowshoers making great time. At the top it was windy and cold, so after a short lunch in the lee of a snowbank we transitioned to ski mode and got in some gentle powdery turns. The snow at the top was powdery, if not fluffy, which made for easy turns, albeit the flat light meant periodically getting thrown over by unseen humps in the snow. 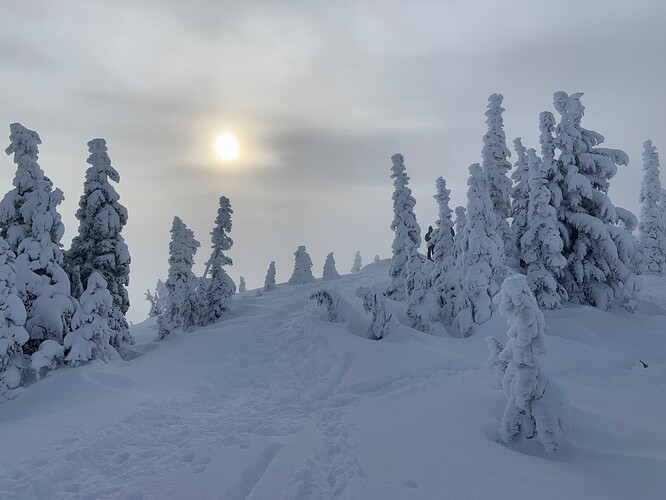 IMG_68351920×1440 132 KB
A short descent down the remaining steeps was followed by a rollercoaster-like glide down the roly-poly skintrack, ensuring quads were well exercised. The final few slopes back to the parking lot in the fading light were full of heavy snow and bare spots, requiring a few dismounts to cross open streams. Consensus was that the mountain needs a good metre or so more snow!

All in all an excellent outing and great start to 2023.

Avvy conditions were good, snowpack was stable and no warning signs were visible.

Incidentally I have heard this mountain pronounced both as “Beech-er” and “Betch-er”.