Although our original destination was the Comox Glacier, we made shifted objectives a few days out, as weather was moving in though the Comox Vally. After a few suggestions, we all agreed Mt Klista was the new focus.

Davis offered to drive, and was kind enough to pop into a few park and rides to pick up us all up. None of us had met before, but that didn’t stop the chatter in the truck on the drive. We got so into the conversations we missed a few turns, but we realized it pretty quick, so not much time was lost. 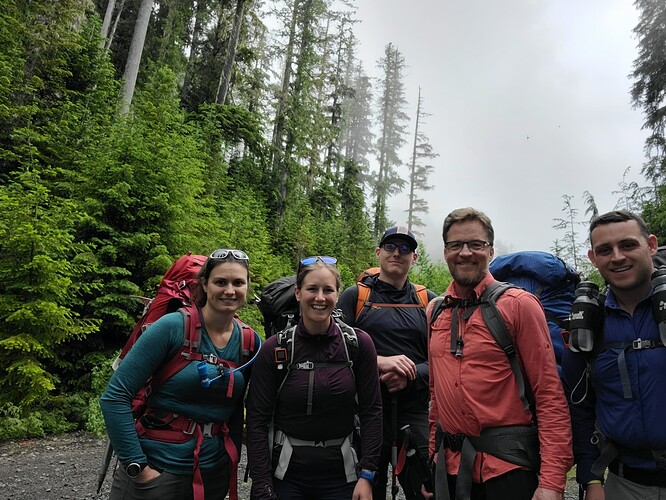 We arrived at the parking area around 5pm. To access the trail we had to hike up an old overgrown logging road (even with a high clearance 4wd, we still had to hike). Once on the trail head, the forest closed in on us, and the hiking became more technical as we negotiated rocks, creeks, fallen trees, and the (more than occasional) muddy section. About an hour into the hike up we started to cross a few snowy sections of trail. Soon after we crossed the river, then after a few more snowy sections we were at the lake. The hike up took about 1hr 45 mins. 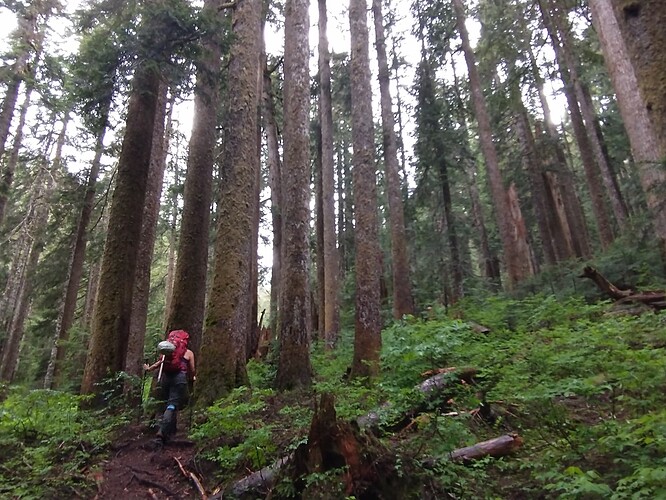 The recent rain, and snow made finding a dry place to came a little challenging, but we managed, although we had to sacrifice flat in favour of dry. Once the tents were up, and everyone had eaten, it was time to hang the food. This quickly turned into a spectator sport, and a lesson in teamwork. 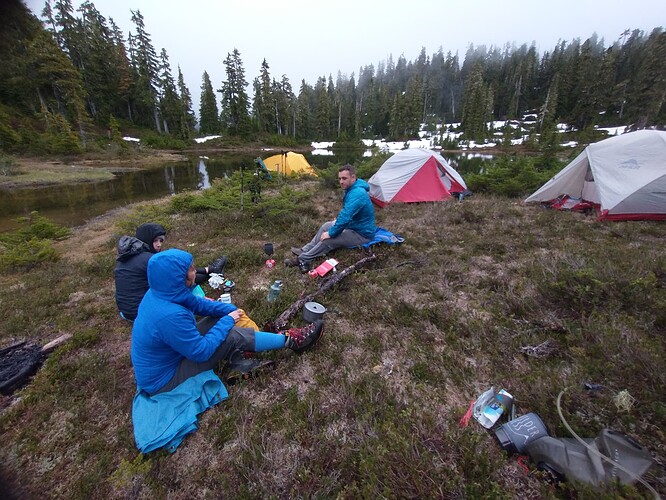 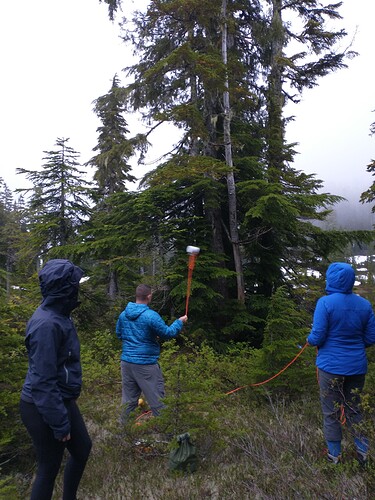 It was an early night to beds we aimed to be up at 6am to reach the summit in the morning. Not long after we were all in bed, did we realize just how many frogs were in the area. We all drifted off to sleep listening to the crescendo of croaks.

The chorus of croaking creatures continued throughout the night. And many of us heard the rain start around 5am. As promised the night before Knut sounded the wakeup call at 6am, and most of us were up and prepping breakfast by 6:15. It didn’t take long to realize that the fortissimo frogs had kept us all awake for most of the night. 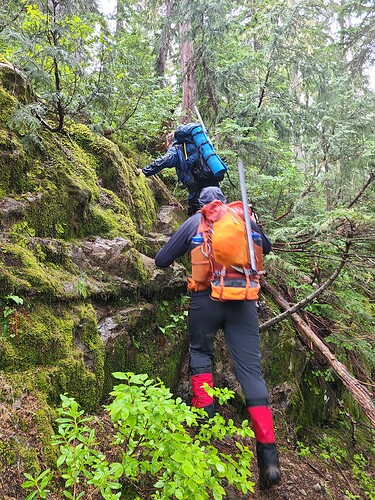 We hit the trail around 7:15, and after about 1km of fairly steep forest, we reached the sub alpine. The sub alpine was a mix of hiking over (mostly) firm snow patches, and vegetated rocky bluffs. Eventually the vegetation gave way to more and more snow.

The pitch significantly kicked up in grade about 500m from the summit. We stopped here to put on crampons and dig out our ice axes. Around 1030, we hit the final rock bluff, and scrambled our way to the summit. Unfortunately the clouds had come back by this time, but we ate some snacks and snapped a few photos anyway. Davis found the summit register, and added our names to it (it was looking rather full). 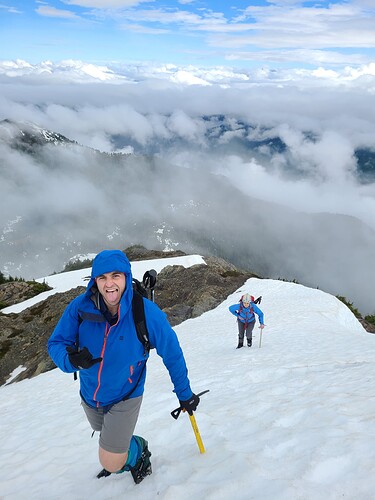 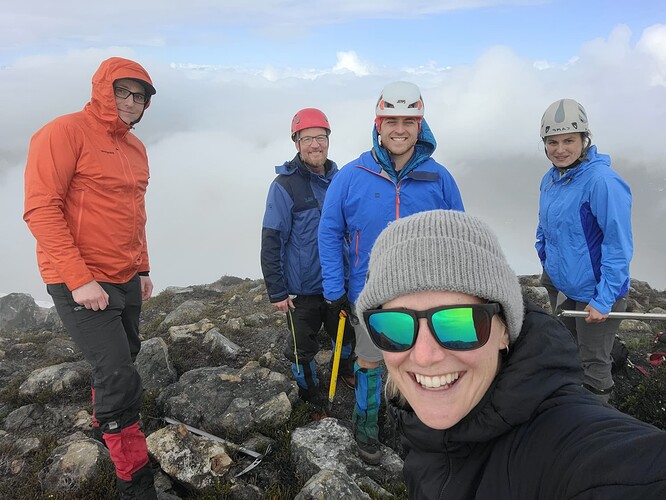 From the summit, we scoped out a slightly less steep decent. Once were were out of the steep section, it was time for book skiing and bum sliding (and the occasional mix of both)! We arrived back at camp around 1230, which gave us time for some quick lunch - did someone say frog legs?! 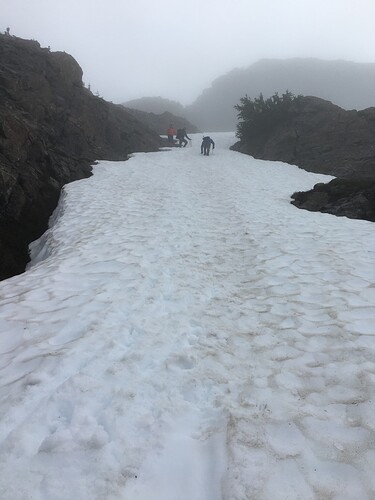 By 1:30 were were defending back to the truck. The hike down was rather uneventful, with just a few slips, slides. An hour and a half later were were all safely back at the truck discussing were to stop for the post hike beer.