Hallowe’en Hike up Maple Mtn. via a new route from Maple Bay. A splendid time was had by all in attendance (me, myself and I).

Went up Maple Mtn. Sunday under very sunny skies. FYI…the first trip I ever led for ACCVI was up this peak and it was under very wet conditions in Nov. A large group went up via the Orange and Red (now known as the Southview) trails and then up a rarely used bike trail to reach the Orange trail again at M600, eventually gaining the summit area via the upper Pink trail. 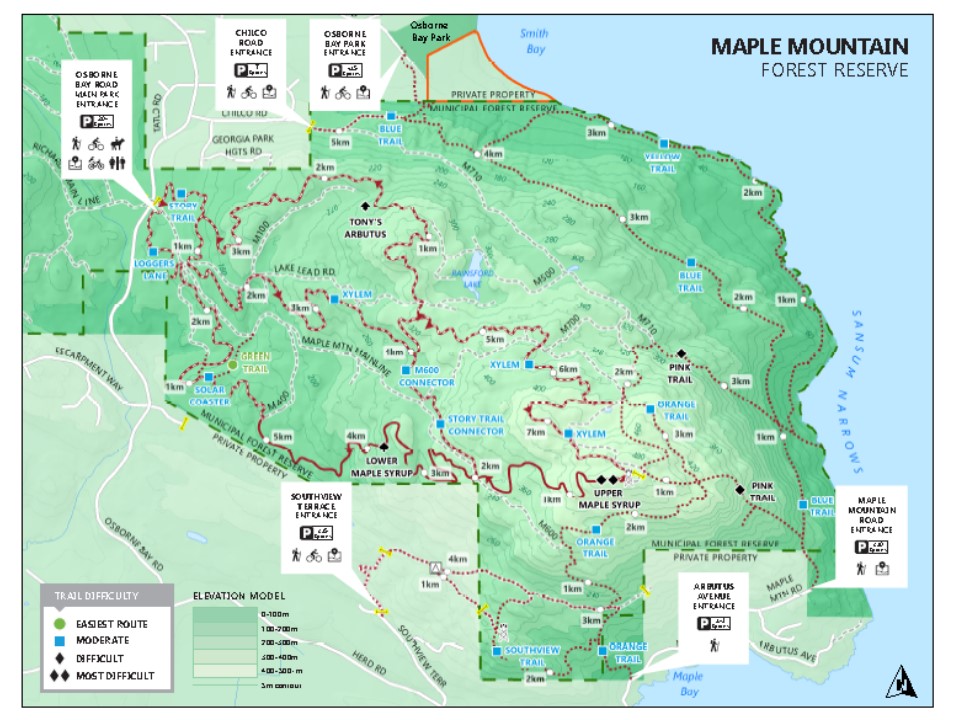 After this I have made numerous visits to this peak and have always noticed a trail snaking down from the Orange trail towards Maple Bay shortly after passing a small rock step that is quite awkward to pass when it is wet. I have always wondered where this unmapped bike trail came out on Arbutus Ave. and so Sunday decided to find out.

Sure enough a well-defined but unmarked trail heads up about 250 m further E from the Orange trailhead on Arbutus Ave. It winds it way up to shortly intersect with the Orange trail after the infamous rock step. However, this trail continues on uphill and so I decided to follow it. It trends NW and eventually emerges into the hydro line at a point not far from the end of the Red trail. In fact it ends just a short distance away from another bike trail that heads up to M600 that I have come down a few times. So on up I went eventually emerging at M600 and the top of the large Garry Oak “meadow” on the S side of Maple Mtn. 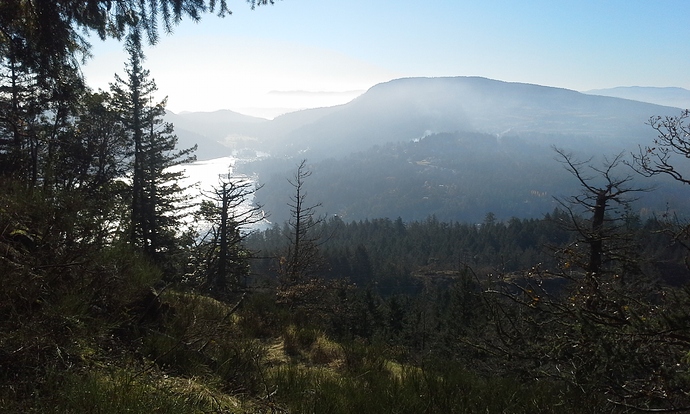 Now this bike trail is also not on any map but does continue up further and eventually intersects with a well known trail Maple Syrup which is a black diamond downhill track. It is possible to bushwhack up to the main summit from here but I took a chance and went up Maple Syrup; I had to get out of the way quickly several times so I don’t recommend this as a final approach to the true summit of Maple Mtn. But I do have GPS tracks of the uphill journey in case folks are interested.* 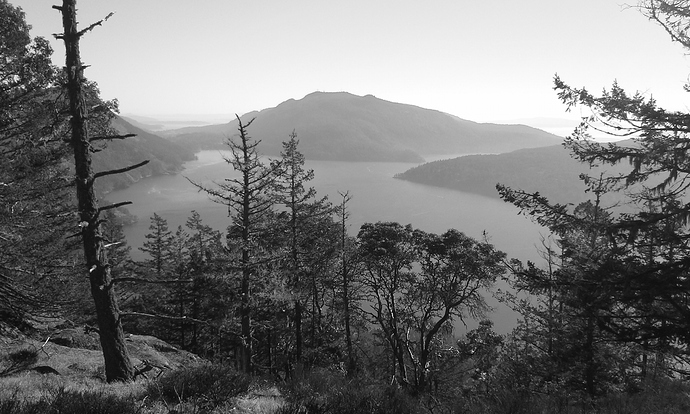 I finished the day by coming down the Pink to the parking lot on Maple Mtn. main. What used to be a stellar view of the Coast Range is now largely hidden by young trees that have filled in the original clear cut. Then around the hill on the Orange trail, coming down the (other) bike trail, then up and over to the viewpoint on the Red trail and eventually back to Maple Bay. I was out for about 4 hours including a lunch stop on the summit. Very nice indeed! 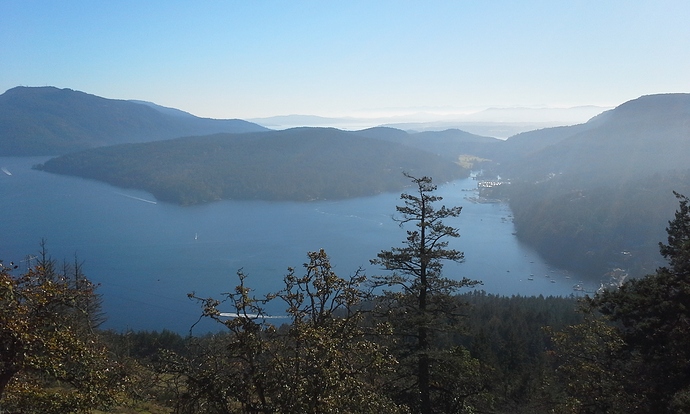 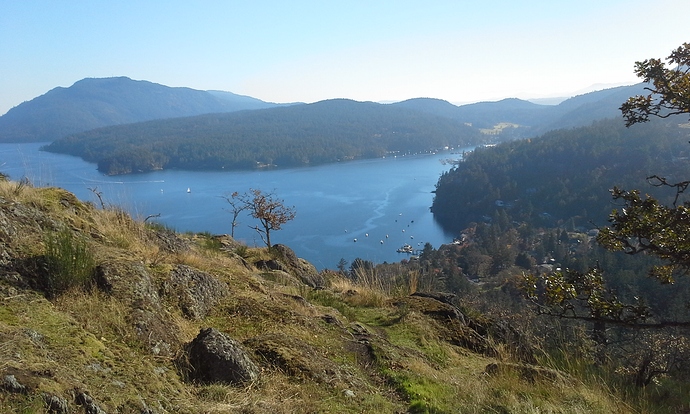 Looks like a grand trip Scott - what great weather! I’m recalling the trip you led that Mike, Liz, and I attended - Maple Mountain is extremely scenic - especially when looking out to the Salish Sea.