Probably more by luck than judgement, this turned out to be a perfectly scheduled trip. We’d had enough rain in the previous weeks to set the fall foliage ablaze, make the meadows lush and encourage the fungi to strut their stuff above the ground. It was a day of mellow settled weather with virtually no other people in this section of the park. And no bugs.

After some notable feats of last minute juggling, our happy group of 8 set off from the Raven Lodge just after 9.00 am. We emerged at Forbidden Plateau Road exactly 9 hours later, still happy.

Here are some images of what happened along the way. 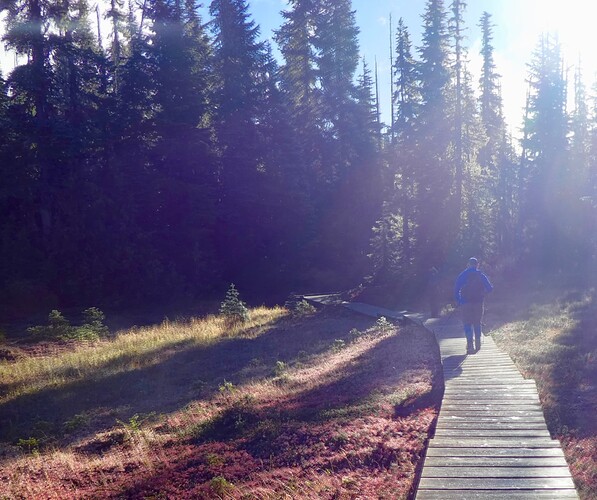 Paradise planks1920×1606 321 KB
The dodgiest part of the whole trip was the slick boardwalks across Paradise Meadows - sneakily coated in an invisible layer of frost. 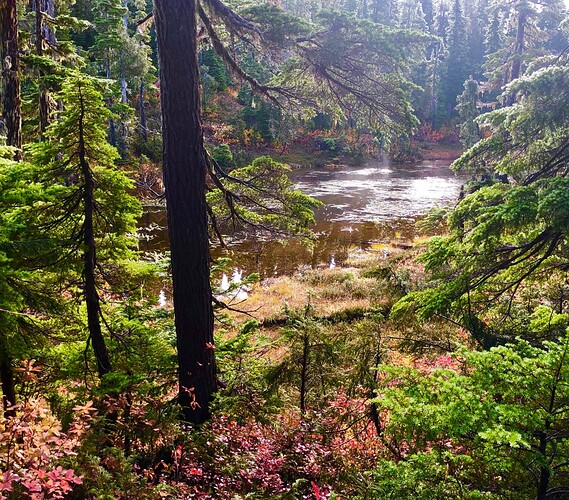 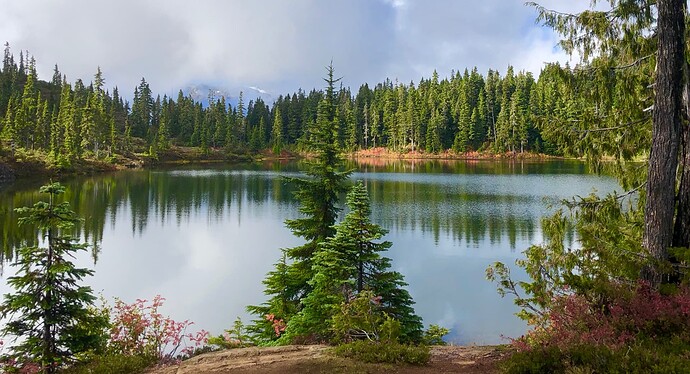 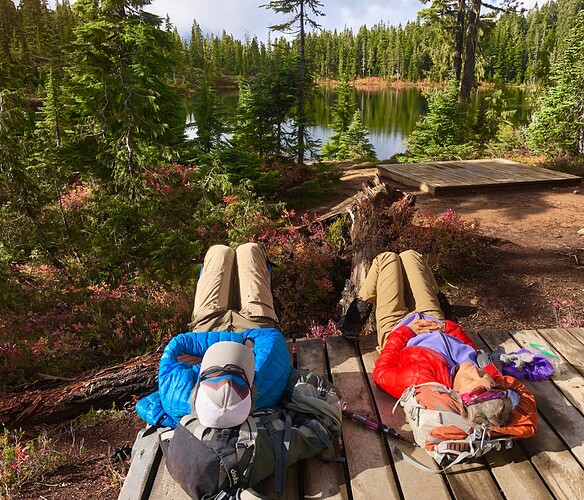 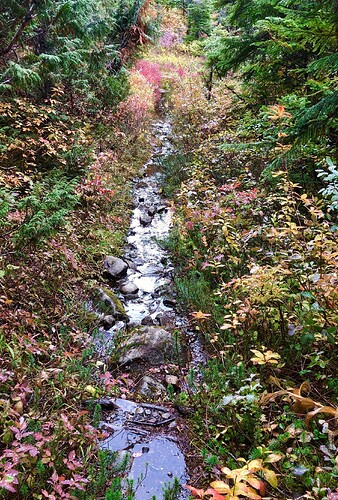 a river runs throuigh it1920×2834 1.48 MB
The trail was pretty easy to follow nearly the whole way, even when it was a river 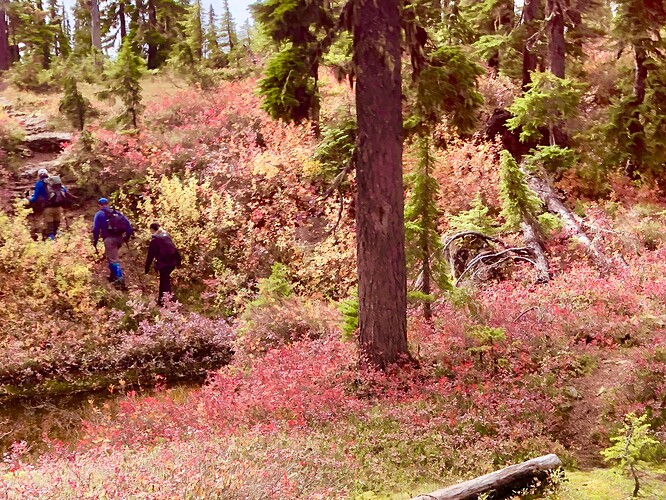 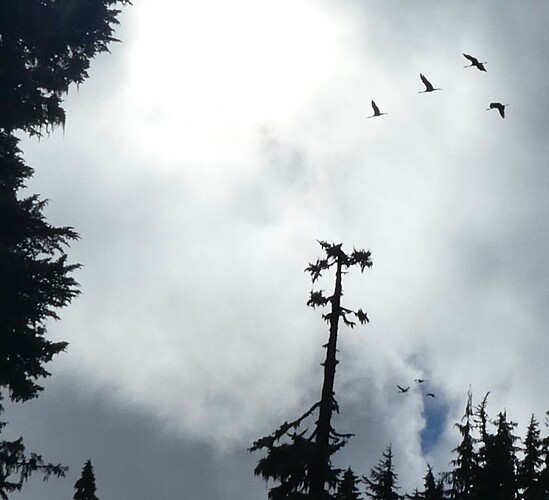 cranes1430×1302 231 KB
A sedge of cranes (honest, I looked up the collective noun). Not a great photo but a terrific sight and sound - we heard them long before we saw them. Apparently they are migrating between nesting grounds in Alaska and wintering grounds in southern USA. Various groups are tracking their (depleted) numbers. 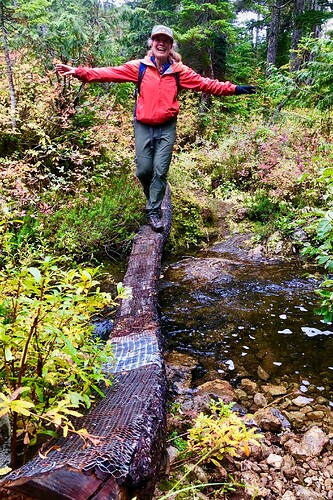 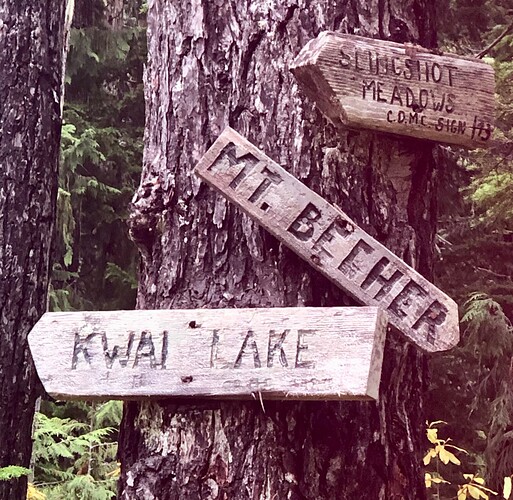 the hand of CDMC1920×1870 423 KB
The hand of CDMC (Comox District Mountaineering Club) is everywhere in the Plateau. This group continues to do sterling work maintaining the trail, bridges etc. 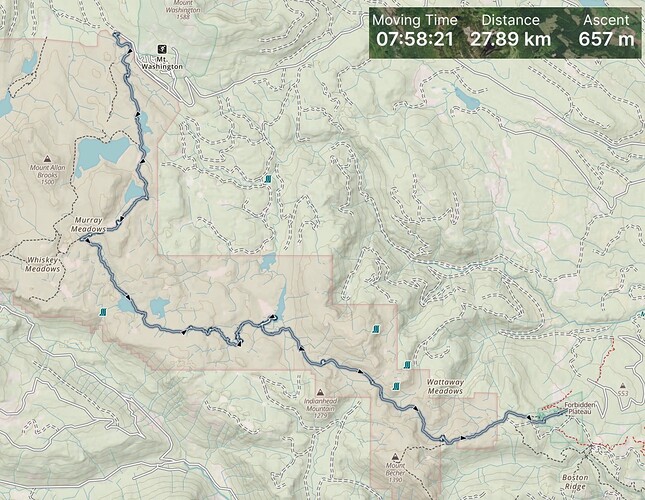 track of route1728×1338 296 KB
Recorded on Gaia GPS on iphone. The small diversion about half way was to Mackenzie Lake for lunch (not to be confused with Helen Mackenzie). 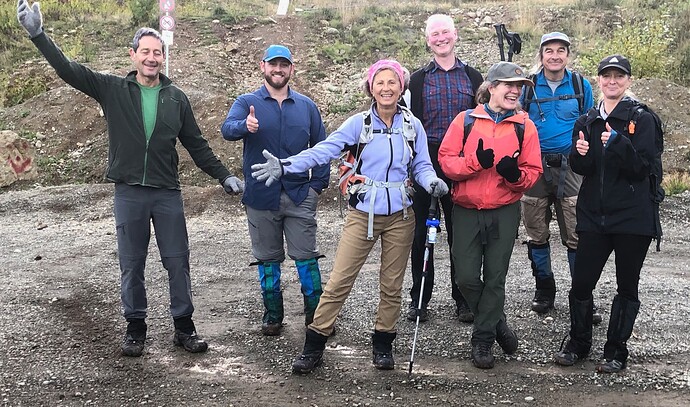 Fabulous report, Catrin! Looks like it was a perfect day! We’ll done all.
A sedge, huh?