Friday the 11th I picked up Casey in Courtenay and we drove up to Raven Lodge arriving shortly after 4:00 PM. Geared up with overnight supplies and ice climbing equipment we slowly made our way out to our destination of Moat Lake. Moving slow, we crossed Helen Mackenzie Lake shortly after 6:30 and making our way up to the ridge between Elma and Brooks we took a nice hour break at 7:00PM. With the ACCVI AGM happening at 7:00, we found service and joined the call for the first hour! It was pretty funny huddling up in the dark listening/watching the call. Knowing we had another 1.5 hours approach minimum as well as camp setup, when the financials section starting we ducked out and continued our slog!

After another 30 minutes of skinning we realized we were not making the progress we were hoping for. The long flats was taking a toll on our feet and we both were developing painful blisters. We decided to switch plans and head to Circlet Lake. Arriving after 9:30, we set up our tent, unpacked, dug out a cooking and hangout area, then melted some drinking water for the following day. We ate and went to bed shortly after. 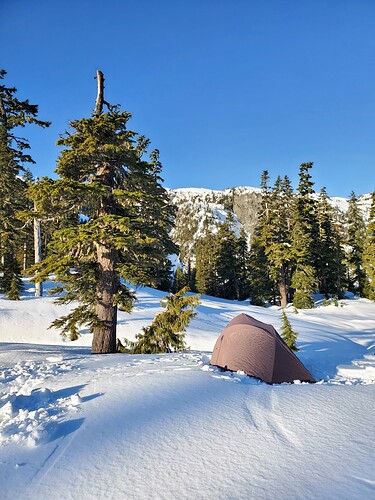 We woke up at first light and geared up for a big day to Albert Edward, Frink and hopefully moat lake. The snowpack was hard and with a skin track all the way to the ridge we made it to the summit ridge of AE in a couple hours. Skinning up began to get difficult in the icy conditions and without ski crampons we decided to A frame our skis and hike the ridge to the summit. After a nice long summit break we skied down to the ridge connecting AE and Frink, then A framed our skis again and climbed to the Frink summit. With sore feet, we took another nice break before skiing out. 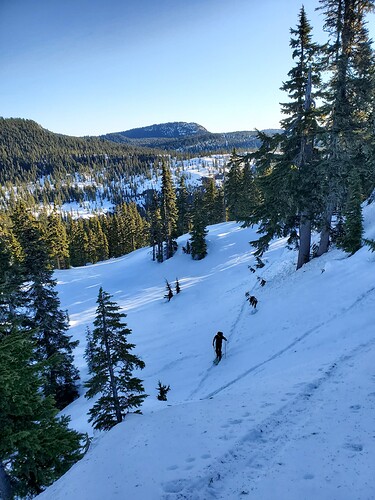 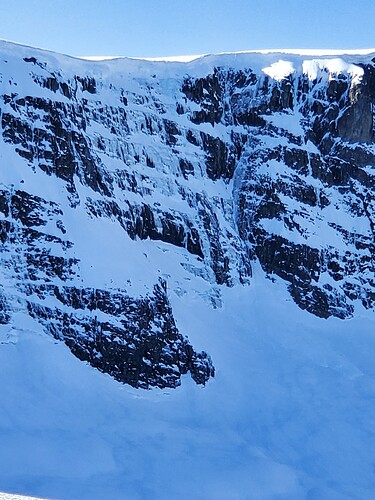 The skiing was challenging with many icy sections however off the ridge we made our way back to our tent without a single transition! The lower ridge turned to punch crust shortly before circlet lake making turns difficult. Once we got back to camp we cooked food, melted more snow for water and debated moving camps. Day two worsened our foot situation and we decided to stay another night without moving camp and then head out in the morning. So much for the ice climbing fun…

Waking up we took our time packing up and made the king slog back to circlet lake! Passing the ranger cabin Casey decided to climb through the window of the outhouse making for an entertaining sight. At least we looked cool touring with ice axes and rope!